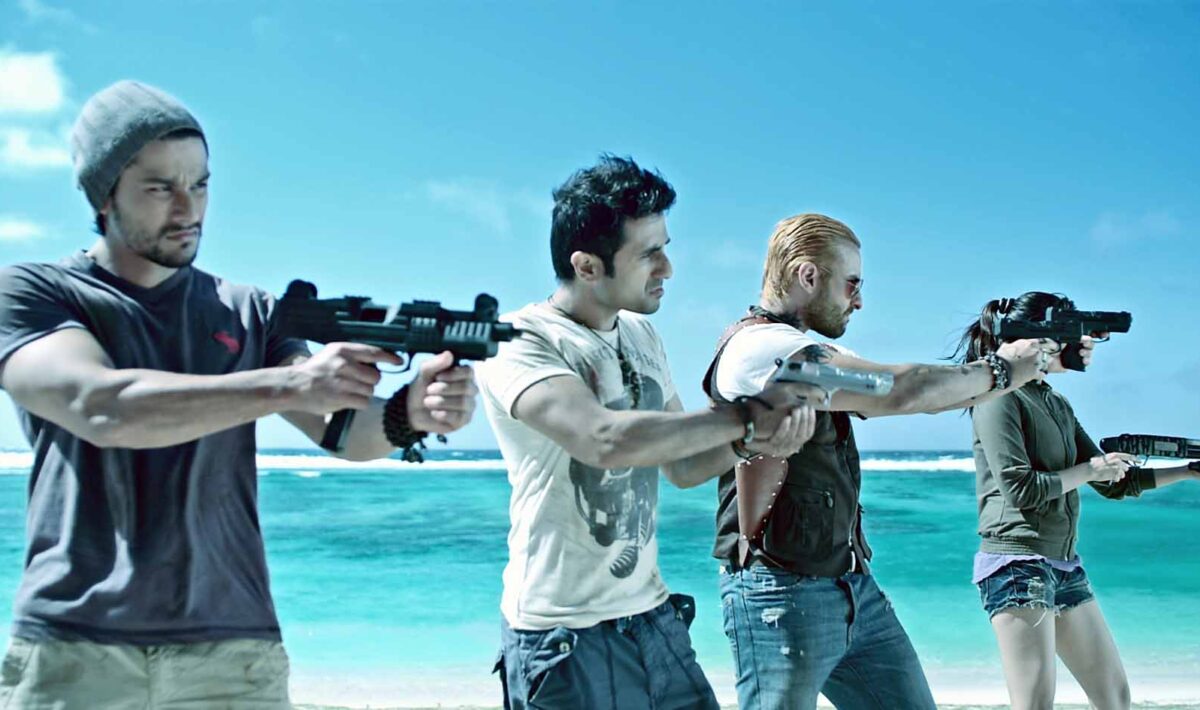 Goa has been the famous location for Bollywood to shoot some of their movies. Below is the list of the locations that the Bollywood industry has used over time in several movies.

The famous spot where three friends visit Goa sit down on a wall and watch sunset and discuss their friendship goals, From then onwards Chapora Fort became the famous spot for friends to visit once during their lifetime.

The main Goan road nearby to Vagator beach in North Goa became famous because Shahrukh Khan and Alia Bhatt enjoyed cycling ride in the movie. The bungalow in Salvador do Mundo, a village in Goa. Other major places include Morjim beach where Shahrukh Khan plays Kabbadi with the sea.

Singham is another Goa centric film that was a great hit of the year. The very famous action sequence of the film was shot in Dona Paula Jetty of Goa.

This film showing the reality of Goa was shot in Goa city. Film set in the Arpora Market capturing the real crowd during the day time making the film more real in terms of the location and culture.

This movie was shot in Goa which revolves around a girl being raped by the local gangster selling drugs. Major location shown was Panjim Church and local city.

Goa which is famous for its rave parties and overnight parties is shown in this movie. The beautiful beaches of Goa in this movie are shown.

Finding Fanny is another film that was shot at beautiful locations of Goa.Various scenic yet unexplored locations of Goa like Parra, Cortalim, Aldona, Assagao, Saligao and Socorro were shown in this film. It showcased a lesser-known side of Goa.

First three films of Golmaal series were shot in Goa only. Rohit Shetty, director of the films, love Goa so much that he loved to add some glimpse of the land in his films. Locations of Goa like Dona Paula Beach, Fort Aguada, and GMC complex of Panaji have played important role in Golmaal series.

As the name suggests, Goa was not just a shooting location but a prime character as well.

There are many more movies that have been shot in Goa over the years. You can also visit these places of Goa and explore the famous places explored and shown in these movies. You can book the packages to Goa visiting the following page: http://travelotrek.com/travel-locations/goa/